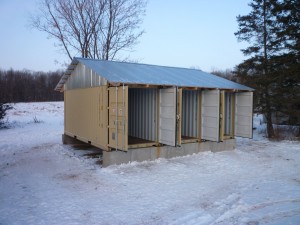 The roof was finished on December 21, 2009 – talk about cutting it close.  Aside from a little snow, the weather was very nice for that time of year.  I actually prefer working in the cold weather for this type of thing – definitely better than doing it in August.  It took three to four people two full days to both frame and panel the roof.

The metal roofing I ended up using was Wheeling Corrugating Paneldrain 29 gauge galvanized panels.  They had several different styles to choose from, but the Paneldrain had a more angular design that matched the walls of the container very well.  The panels went up very fast, especially since they are cut to the exact length of the roof.  The only cuts that needed to be made to the roof itself were two lengthwise ones on the trailing gable end.

Installing the the first panel. 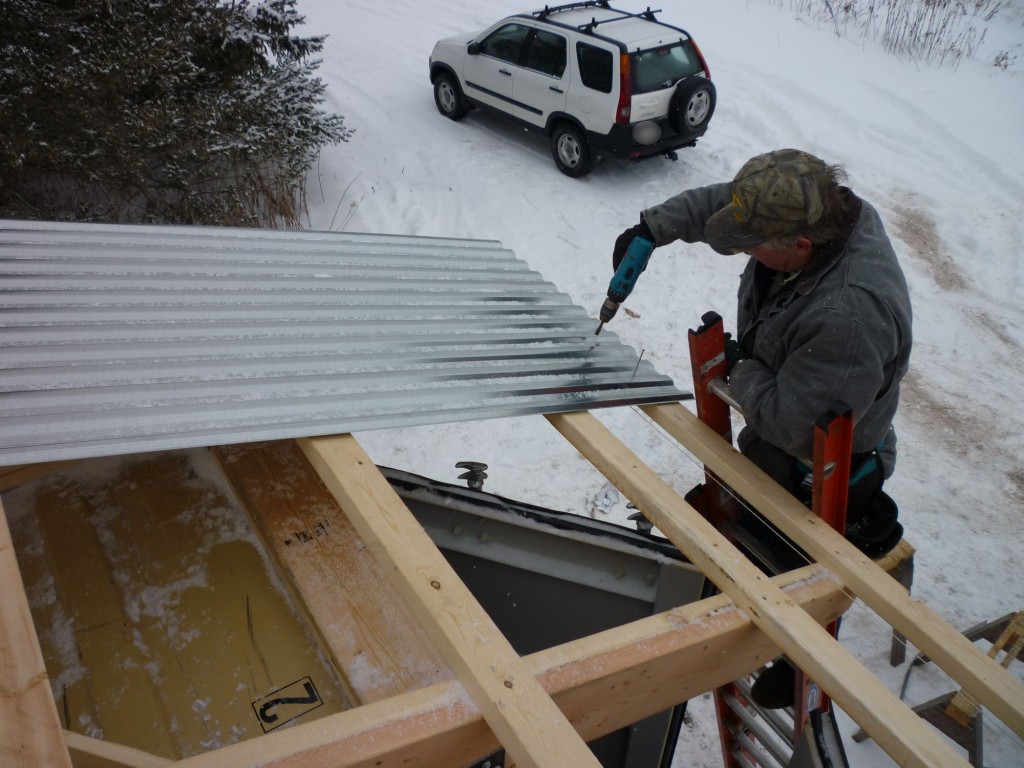 Closeup of the rafter and top plate connection.  You can also see one of the 6″x3″ steel box beams that was welded the length of the containers as support for when the walls are removed.

Gable end showing the blocking between purlins to seal off the roof.  You can also see one of my bigger mistakes here.  I forgot to account for the height of the locking bars above the doors and they don’t clear the rafters.  I plan to router out a place for them in each rafter where they will be held in place with a latch of some sort.  It will hopefully look like a planned custom feature when I’m done. 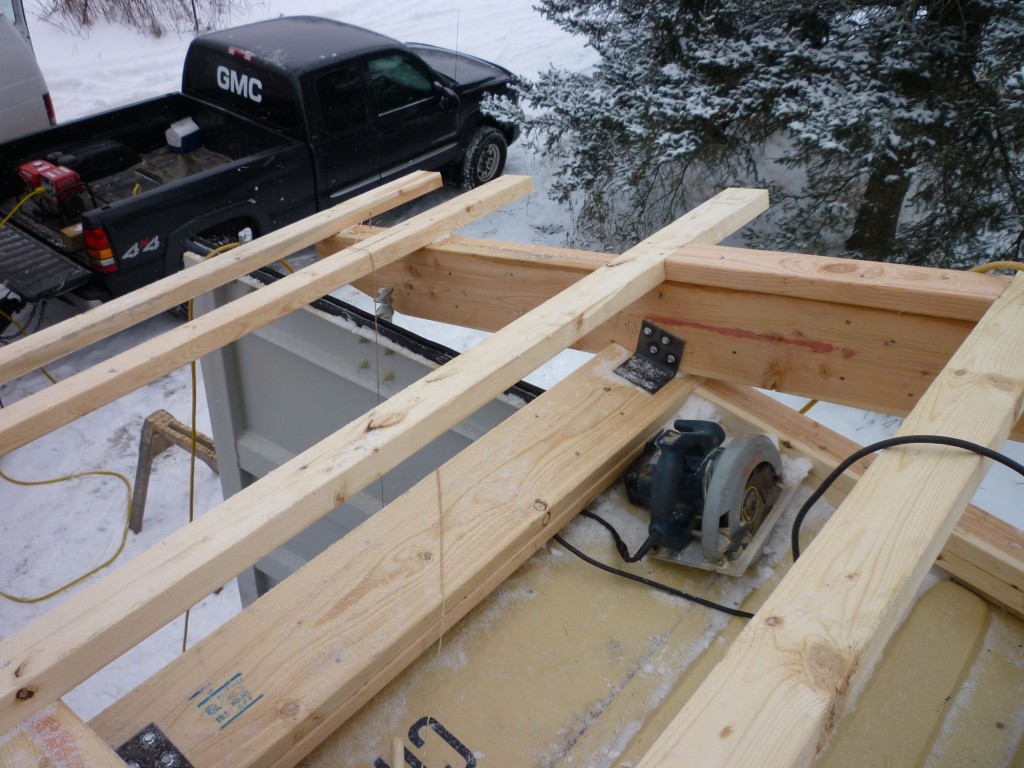 One half of the roof done.  You can see the ridge vent material applied to the top of the panels. 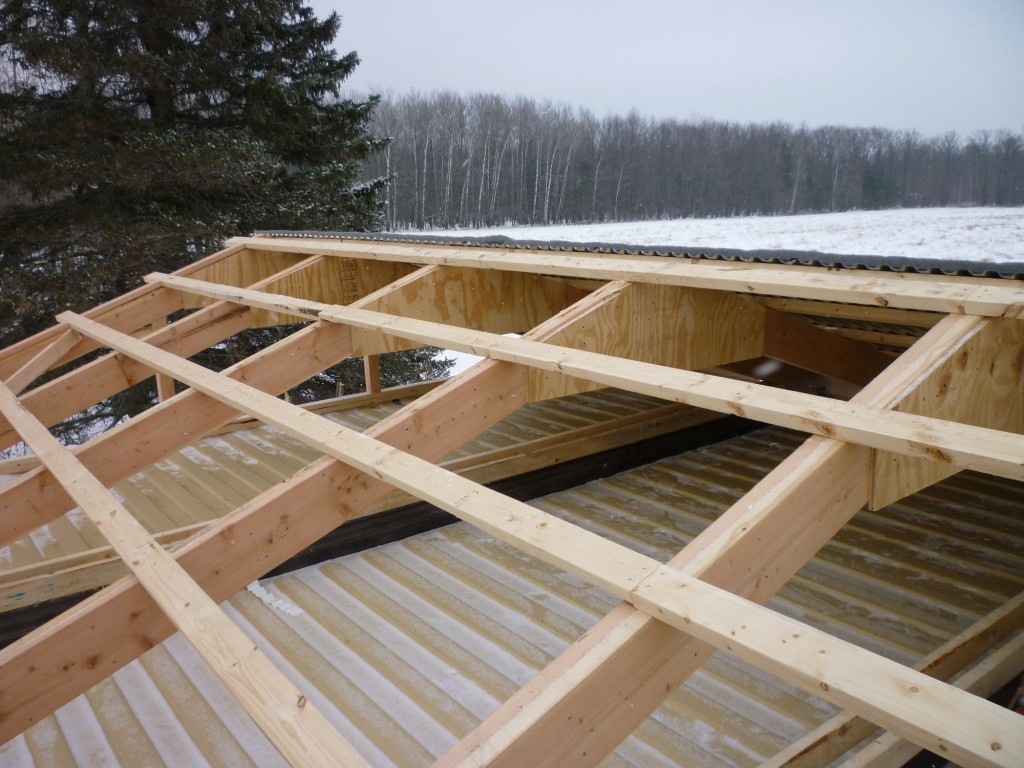 Steel roofing was applied to the gable ends.  This may get changed out someday depending on how the cabin is eventually finished, but it was an easy thing to do for now. 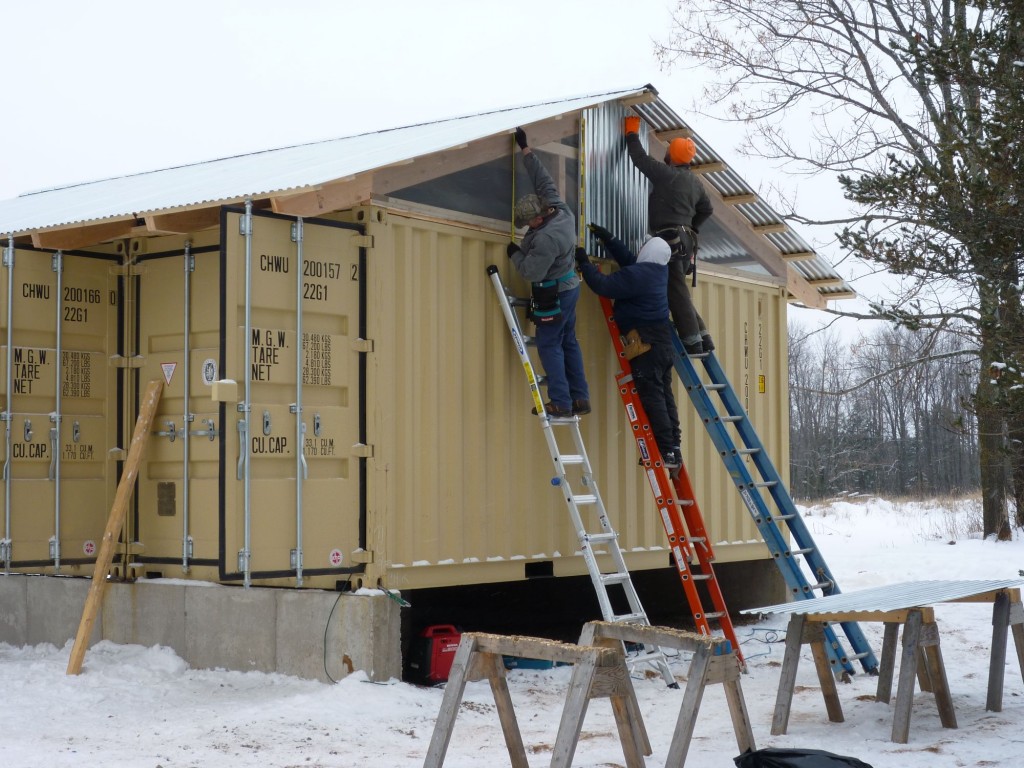 Closed up tight for the winter. 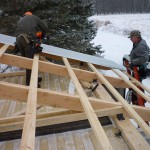 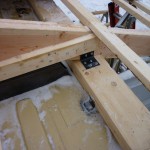 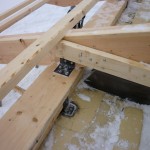 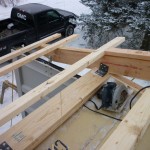 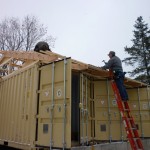 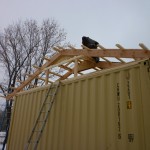 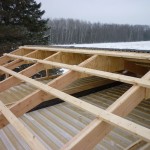 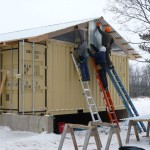 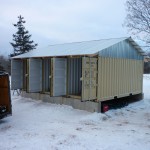 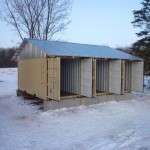 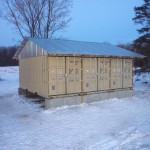 6 thoughts on “Raising the Roof”